Bald eagles fly with the Tennessee angels who helped save them from extinction. We must keep them on the wing. 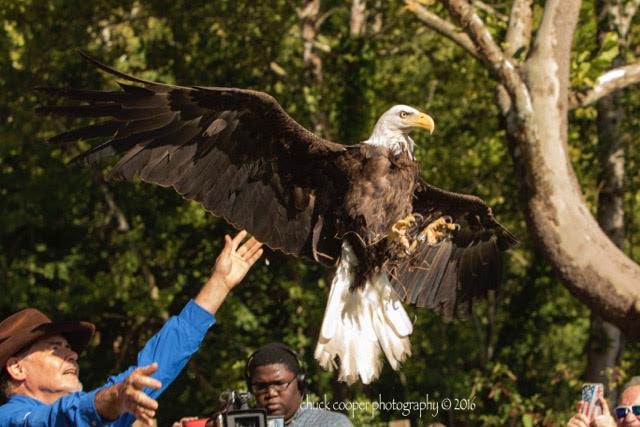 Is the bald eagle’s remarkable comeback fading down the stretch?

(Part one in a series)

It was a damp morning in early spring 2005 when Paul James and I met Linda Claussen at Seven Islands Wildlife Refuge along the French Broad River in east Knox County. Heavy rains had fallen through the night, but the clouds were beginning to break. As we walked down Kelly Lane toward the river the vocalized yearnings of thousands of chorus frogs could be heard singing from the soppy floodplain along the river. Spring was definitely here.

The refuge itself was the brainchild of Linda’s late husband, Pete. In the late 1990s, he formed the Seven Islands Foundation, a privately owned land conservancy, and began setting aside property to be protected and restored to a variety of natural habitats. Most of the acreage had recently been fescue pasture maintained for grazing livestock and hay production.

Seven Islands State Birding Park is now the refuge the Claussens imagined 20 years ago. What typically strikes the casual visitor is the overall lay of the land because the narrow roadway opens up to a dramatic sylvan panorama with the Great Smokies off in the distance. It’s an excellent place to view the valley, but in early 2005, we were there for more than just a tour of the idyllic property, Linda was enthused for another reason. Of course, being enthused was an everyday occurrence for her; but on this day, she had something truly remarkable to show us.

Perhaps the wide river or the pastoral remoteness of the location itself attracted the refuge’s newest residents, for we had only walked about 10 minutes down the paved rural roadway when I spotted the first white head. We were at least 300 yards away, but its form was unmistakable. An adult bald eagle was perched on a bare sycamore branch 40 or 50 feet above the swirling water. It was looking upstream over the rich bottom land, surveying its territory. The regal raptor was not alone, for behind it, high in another sycamore, was a classic stick nest as big as a household stove, except conical, like a funnel. A second eagle hunkered down in the nest, incubating.

Much to my companions’ surprise, I whooped with the zeal of an 8-year-old. As the crow flies, Seven Islands is slightly less than 12 miles northeast of my Chapman Ridge home, practically my backyard. The nascent refuge had proven the wisdom to the “Field of Dreams” adage: “If you build it, they will come.”

As our adventurous trio watched from our lofty vantage point, the first eagle took flight and circled over Steamboat Island to disappear to the west, downstream. A short time later it reappeared. Its 7-foot wingspan adroitly maneuvered through the tree’s uppermost branches and the eagle landed on the nest to deliver a midmorning meal to its mate. For a brief time, they were together exchanging eagle pleasantries and then the sovereign hunter took flight and disappeared downstream.

At the time I was writing my first book, “Natural Histories” and my editor at the University of Tennessee Press, Scot Danforth, wanted to end the book, which told the dark truth in so many places, on an upbeat, positive note. The recovery of bald eagles was just such an uplifting story.

And the natural history underpinning? The 2005 pair of Seven Islands eagles raised two fledglings and it was the first successful bald eagle nesting in the history of Knox County, Tennessee. Historically, the large raptor had only nested in West Tennessee, along the Mississippi River, Reelfoot Lake and at Land Between the Lakes.

With our help, eagles make a slow comeback

Seventy years ago, in the 1950s, the very symbol of the United States was virtually gone from eastern North America. Their decline was due to overhunting, habitat loss, general disrespect, and particularly the long-term buildup of pesticides in their bodies—most notably DDT.

At their low ebb, it is estimated that only 800 bald eagles still survived. There were no successful nests in the Volunteer State between 1961 and 1983, a period of 22 years. With the protection of the precursor to the Endangered Species Act in 1967 and the banning of DDT in 1972 the magnificent raptor’s beleaguered population began to rebound. Eagles were returning to our skies, but they needed help.

Their Tennessee comeback was aided by hacking, a term used for decades by falconers. It’s a process where captive bred or human raised eaglets are taken to faux nests called hack towers, where they are eventually released to make their first flight.

“Tennessee wasn’t the first to hack young bald eagles, but it has now reintroduced more than any other state,” remarked the late Bob Hatcher in 2001. Hatcher was the nongame and endangered wildlife coordinator for the Tennessee Wildlife Resources Agency. He was the moving force behind the initial release of bald eagles across our state. Between 1980 and 2004, a total of 294 eaglets were hacked at seven locations in Tennessee. Since Hatcher’s death, the American Eagle Foundation has continued the passion for eagle recovery.

The foundation was founded by Al Cecere. His life is a great example of how it is never too late to “find your calling.” Having absolutely no background in wildlife, Cecere recalls seeing an Associated Press photo of 20 dead eagles that had been shot by poachers. For him, it was that epiphany, a call to action. He began learning everything he could about eagles and other birds of prey. TWRA’s Hatcher became his mentor. Cecere became an international champion of bald eagles, meeting U.S. presidents and traveling with an eagle named Challenger to flyovers for sporting events.

Between 1992 and 2020, the Dollywood-affiliated American Eagle Foundation released 180 young bald eagles and 11 golden eagles into the foothills of the Great Smoky Mountains in East Tennessee. It is now estimated that the bald eagle population in North America has climbed to 100,000.

This is indeed a feel-good story. It is tempting to wrap it up in a happy ending and proudly put bald eagle recovery in a pretty package with a red ribbon and pat ourselves on the back.

(This will be addressed in the second installment of this series). 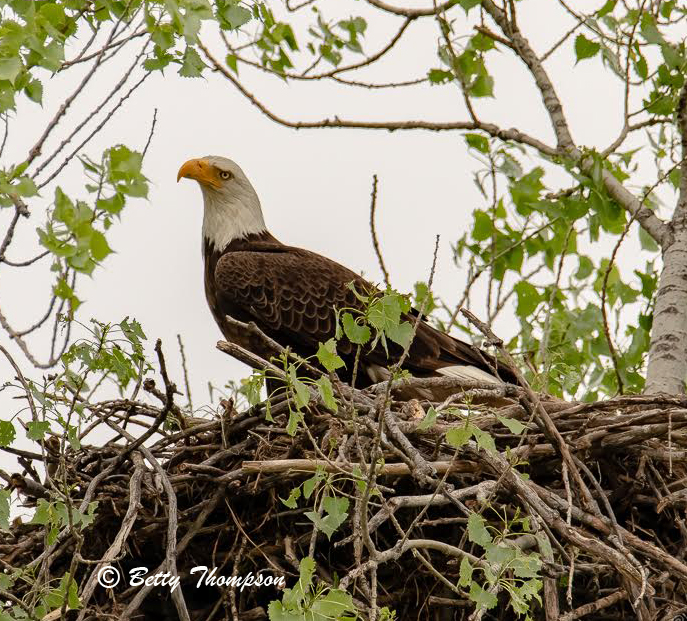 More in this category: « Fly away on an adventure at Avian Discovery Days Wild animals just aren’t that into you. Give them space or suffer the consequences. »
back to top