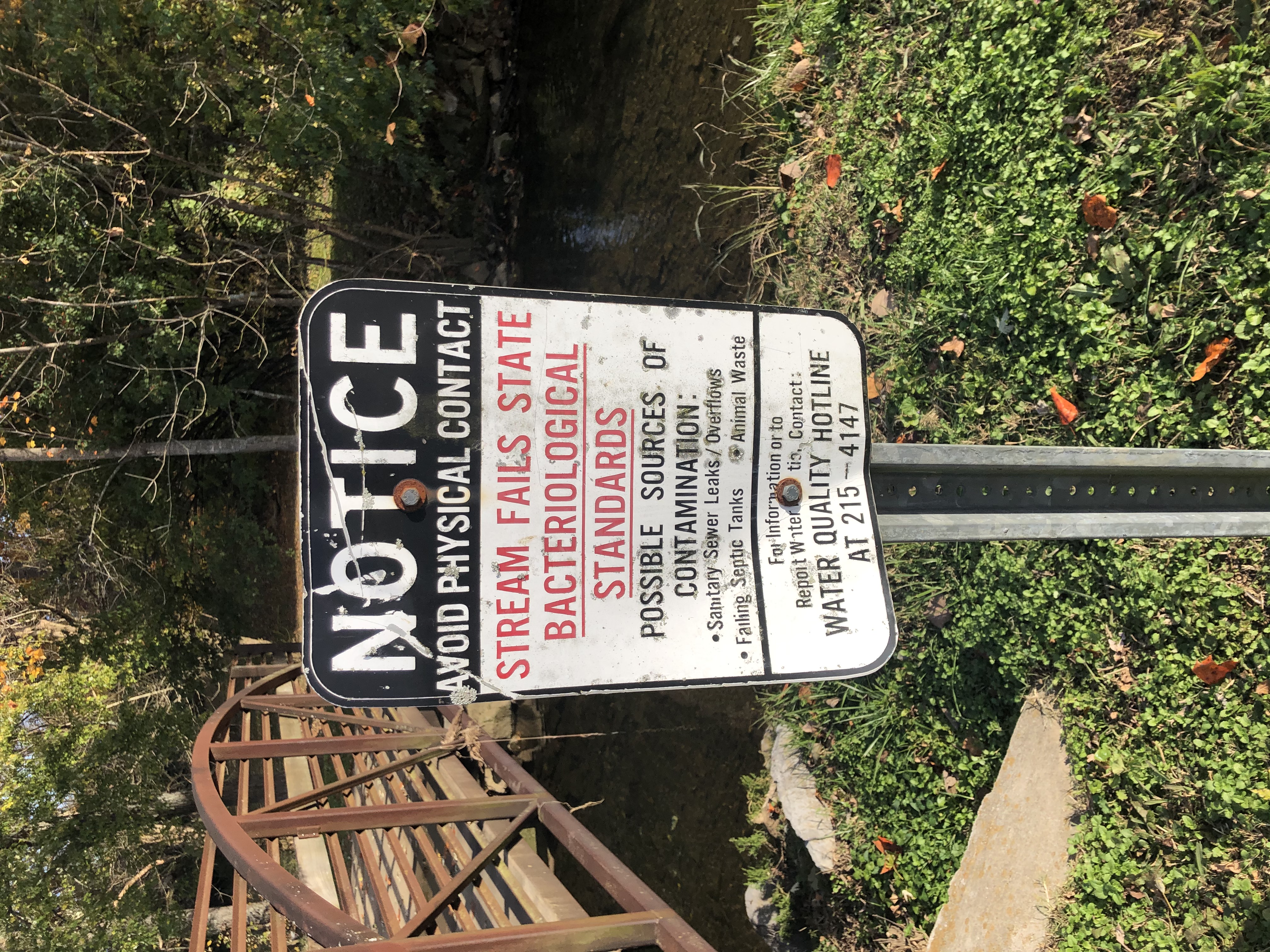 UT students, professors and staff scrub up for ‘creek kidney transplant’ in Knoxville

Imagine you’re a kid again. It’s a Saturday afternoon in July and after a morning full of rain the clouds begin to clear and the sun peeks out.

You run outside in your rubber rain boots to meet your friends down by the creek in your neighborhood, carrying a large bucket, boots squeaking as you go.

Once there, you and your friends carefully wade down into the water, curious to see what creatures lurk beneath the surface.

The water is crisp and clear and cool as you move slowly, trying not to fall on the slippery rocks. Your back is hunched, nose close to the water, and your eyes pierce sharply through the water down into the stream bed looking for any sign of movement. It’s not long before you see a crawdad dart between two rocks. You ready your hand in the water and gently tap the rock with the tip of your boot. In a split second, you see him dart back out and you grab his tail before you lose sight of him again.

“YEEEEHOOOO! I caught one!” you exclaim to alert your friends of your accomplishment.

“Me too!” yells another.

“I’ve already got one crawdad AND a frog,” brags the second friend.

Now imagine the creek is not so cool and clear and crisp. It is a murky brown, warmer than before, deeper, and it’s flowing much faster. The recent rain has washed too much water and loose soil from the banks into the creek. You can’t see far enough down to catch the crawdads or the frogs.

Now imagine your mother won’t let you near the creek. She says it’s too dirty to play in and she doesn’t want you getting sick from an infection.

This final scenario is the reality for Third Creek here in Knoxville.

Like most other cities in the U.S. before the 1960’s and 70’s, Knoxville’s streams and creeks mainly functioned as a place to dump the city’s sewage and industrial waste. This changed after the Clean Water Act was amended in 1972, motivated by growing public concern about the quality and safety of our waterways. It gave the EPA the framework and authority to regulate water quality, build wastewater treatment plants, and required private entities to obtain permits before polluting. In the decades since the Clean Water Act was passed, water quality across the country has improved overall.

Unfortunately, many waterways, like Third Creek in Knoxville, are still considered impaired according to the EPA’s “How’s my waterway” website, which gives the status and pollution specifics of waterways across the country.

As of 2020, E. coli and chemical pollutants such as nitrates and sediments continue to persist at unsafe levels in Third Creek, negatively affecting the health of aquatic life and making it unsafe for human recreational use. E. coli and other pathogens can cause disease, originate from the fecal matter of warm blooded animals, and enter creeks via leaky sewage pipes.

Rain carries nitrates and other industrial and agricultural pollutants from factories, farms, and soils into nearby creeks. These pollutants damage ecosystems by disrupting water oxygen levels and degrading habitat. Excessive suspended sediments from erosion of creek banks can get into gilled animals and impair their breathing as well as cover the creek bed habitat where so many organisms live. This kind of degradation not only hurts the environment, it hurts our communities.

If you follow the path through Tyson Park that runs alongside Third Creek in the warm summer months eventually you will pass a sign, a few yards away from a playground, that warns pedestrians to avoid physical contact with the water. Children do not play in the water to cool off from the playground. They do not catch frogs with their friends. No longer a resource to the community, the creek is instead a hazard. It serves as a reminder of how far we still have to go.

Luckily, there are people who care and who are working hard to implement creative solutions. Professor Mike Ross, Assistant Professor in the School of Landscape Architecture at UT, chairs the Third Creek Initiative, which is dedicated to remediating Third Creek. He also teaches Green Infrastructure at UT, a class that is working on a project using plants to remediate the ecosystem. 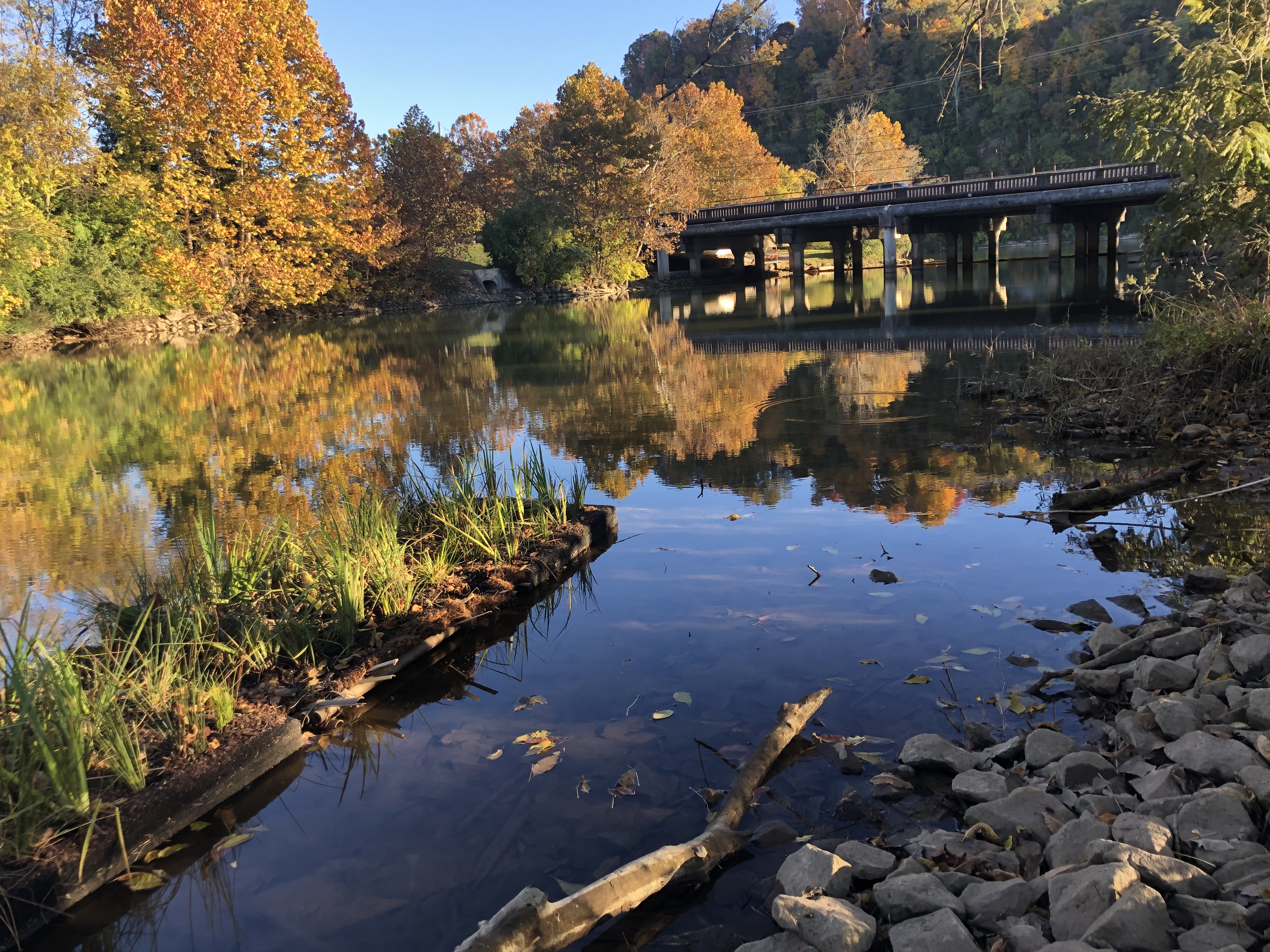 The project: floating treatment wetlands (FTW’s), small man-made islands whose plants serve two purposes, to clean the water and serve as new habitat for wildlife. The frames of the FTW’s can be made of recycled plastics or biodegradable materials like bamboo, which is an invasive species and grows plentiful nearby. The soil and plants are then placed into the frame so that their roots reach down and grow into the water, allowing them to absorb pollutants and remove suspended sediments from the creek.

The islands are tied to the shore using rope to prevent them from being washed away, and then placed into the creek.

Andrea Ludwig, U.T. Assistant Professor and Extension Specialist in the Department of Biosystems Engineering and Soil Science, consults for the class, “Natural wetlands work as nature’s kidneys,” she explained. Water is like the blood and wetlands help to detoxify it.

Launching the FTW’s is like a kidney transplant for Third Creek, helping it get back to its healthy self.

Professor Ross explained that the project is in its early stages, working out the logistics of how the islands hold up in the creek over time and under different weather conditions.

Right now the islands mainly serve as habitat, but with more work and testing they could optimize the kinds of plants used in the islands to remove target water pollutants.

The project is a good fit for Third Creek because it’s fairly cheap and straightforward. No expensive or complicated equipment is required, just a bit of shared knowledge. This kind of approach is good for creeks in urban areas like Knoxville where underserved populations are more common, waterways are more likely to be polluted, and funding is not easily obtained.

The FTW’s are a good community project, the kind that people of any age can participate in for little to no cost. It could also be an opportunity to educate kids about the environment, why it’s important to keep these resources clean, and get them interested in science.

There are other ways people can get involved to help maintain healthy local waterways, and a lot of them start at home.

Professor Ludwig emphasized that many of the issues surrounding creek degradation stem from too much water flow overwhelming the creeks during storms due to the presence of impervious surfaces like roads and sidewalks that do not absorb water.

Some methods that people can look into to reduce runoff include: permeable pavers, porous concrete, use of materials other than concrete, pocket prairies containing native plants, and being mindful of downspouts as well as where you fertilize.

You can also go to https://mywaterway.epa.gov/ to look up the quality of waterways near you.